Home Goulash The Goulash- you wouldn’t believe how it started! 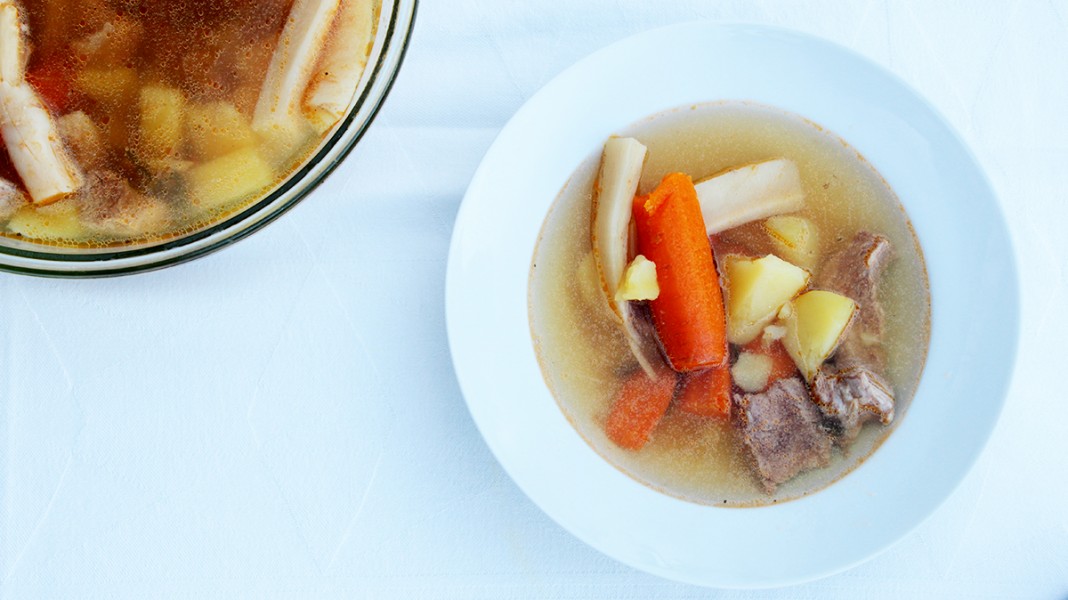 The Goulash The Herdsmen out on the fields

Away from their women, they wanted to cook the easiest, tastiest, and most filling dish using the fewest ingredients. So they invented the goulash: all they needed was bread, onion and a few spices, the meat was at hand.

How to prepare the traditional goulash

The herdsmen’s single equipment was a cauldron. As a tradition, Hungarians still often prepare the goulash in a huge couldron above a fire in their back yard on summer days.

It is a unique feature of Hungarian cuisine to cook meat instead of frying or baking it.

Goulash – the most popular Hungarian dish

Once the noblesse discovered the goulash, it became popular in the cities, even Vienna, and slowly became Hungary’s trademark dish, by the 1830’s. The original spelling in Hungarian is gulyás, which means herdsman, refering to the origins of the dish.

What about the Paprika?

Hungary’s cuisine can thank it’s most important spice to the Turkish invasion. The paprika, which was once called ‘Turkish pepper’ is the main spice of the Chicken paprikás, but also of today’s goulash and goulash soup.

If only I knew how to prepare it…

Nothing is easier! Impress your family and friends by easily preparing this world famous dish at home!

Instead of just tasting it at a restaurant, come and learn how to prepare the goulash at our Hungarian cooking class: